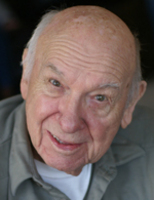 He joined the Navy, served his country in WWII and received a Purple Heart. While attending Iowa State University, he met Wilma Jean Welsh and they were married in 1945. Bart worked at KRNT/KCCI for 33 years as an engineer and retired in 1985.

A private family service is planned with interment to be at Masonic Cemetery. In lieu of flowers, donations may be made to Disabled American Veterans.

To send flowers or a remembrance gift to the family of Bart Christianson, please visit our Tribute Store.