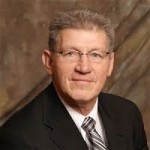 He was beloved by his patients and staff. He was a mentor to several physicians, and fellow physicians thought highly of him and sought him out for advice. John began his career in 1989 at Penn Medical. He served as Chief of Staff of Iowa Lutheran Hospital in 1995 and again in 2010. He served on the ILH Medical Executive committee for several years. He received his degree in Medicine from Ross University School of Medicine and the University of Iowa School of Pharmacy prior to this.

In lieu of flowers, contributions may be made to the Dr. John and Karen Heffernan Endowment at UnityPoint Health.

To send flowers or a remembrance gift to the family of Dr. John Heffernan, please visit our Tribute Store.