Gerald “Papa Jerry” Szumski passed away on March 4th, 2021, after a year of rapidly declining health. Born at home August 18, 1933, and raised on the South Side of Chicago in the shadow of the steel mill where his father worked. His parents, Henry and Genevieve (Wronski) spoke Polish at home to keep one step ahead of Jerry and his three brothers, Henry, Danny, and Larry. Papa Jerry’s childhood charisma and a sense of mischievousness would define his personality as he survived Catholic grade school, graduated from Bowen High School, and made his way to the University of Illinois at Champaign, where he found his calling in journalism. A brief duty in the Navy based out of Alameda, CA and Seattle, WA was marked by the absence of any enemy invasion along the coast he helped defend -- a point of pride he frequently shared with tongue firmly in cheek, as it often was -- but also gave him one of his first opportunities as a reporter. Later, his charm and fearlessness enabled him to do some serious muckraking during his time with The Des Moines Register, the kind of stuff that resulted in more than one threat on his life from people in power exposed through his writing, indicating that he was doing good work and not afraid to shine bright light in dark corners. He also received numerous letters of appreciation for his reporting -- both serious and lighthearted -- from Register readers.

His grammar and editing skills were top-notch, and served him well in the second half of his Register career as a copy editor. This is not to say he didn’t reserve the right to twist language in his own way, whether writing pithy, pun-laden headlines that won him several awards, or giving nicknames to his kids like Squiffy, Zumple, and Ferdy. He could enthrall with his storytelling and entertain a room of kids and adults alike, endlessly. He could also provide a story about trouble caused by squirrels in the backyard should conversation ever lapse, for even a moment.

Papa Jerry was known to be dapper at times (photos exist that prove it), and his style was, for a time, broadcast across the state when anchoring a cable news segment right out of the Register newsroom. However, this was at a time where almost no one had cable, and Walter Cronkite’s job was never in serious jeopardy. At home, he’d roll up his sleeves and get dirty working in his beloved garden, chasing hot air balloons in Indianola, or tromping around in the woods with his kids. In life and in the community he was active in multiple social causes, and he volunteered for years reading to grade school children.

He raised two families in Beaverdale (Des Moines, IA), first with Sally Goetz and their children Michael Szumski (Mary), Sara Fiorita (Mark), Mark Szumski (Brenda), and then later with Kathy Richter and their children Nick Szumski (Angel) and Ned Szumski. His lifetime friendship with Cynthia Mitchell and her daughter Jennifer Miller made them part of the extended family at heart, though not in fact. He was a font of fatherly wisdom — of which, perhaps close to half was completely fabricated from his imagination, on the spot (the trick being able to learn when he was putting you on) — and was a stupendous all-around dad. He was an equally attentive and loving Papa Jerry to his eight grandchildren: Marie, Joe, Corey, Henry, Jack, Hogan, Kellen, and Arianna. Jerry also had an incredible gift for developing strong connections with people throughout his life, and his family would like to acknowledge Megan Ivusic and Kayla Nelson, who befriended him in recent years, and his sister-in-law Paula Lawson, who was there for him so many times during his illness.

Memorial contributions may be made to the Des Moines Art Center or Des Moines United Way “Read to Succeed”. An online guestbook and donation websites are available at www.ilesfuneralhomes.com.

Jerry's memorial service will be live-streamed on Saturday, May 22, 2021 just before 10:00 am from Dunn's Chapel. A link will be shared on his obituary from the Iles Funeral Homes website www.IlesCares.com Scroll to the bottom of Jerry's obituary to join in the service.

To send flowers or a remembrance gift to the family of Gerald Szumski, please visit our Tribute Store. 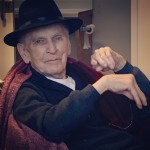