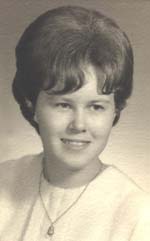 Mary was born the daughter of Charles and Geneva Carlson of rural Turin, IA on May 13, 1947 in the apartment attached to her dad's Barber Shop in Soldier, IA. She was a graduate of West Monona High School in Onawa, IA. On February 25, 1966, Mary married Robert Woodward at the Lutheran Church in Soldier, IA.

The family will greet friends from 6 to 8 p.m. on Monday, January 28, at the funeral home.

To send flowers or a remembrance gift to the family of Mary Woodward, please visit our Tribute Store.