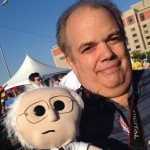 Scott foretold his own passing in a heart-wrenching editorial published on Reader Supported News three days prior to his death, titled "The Most Important Legislation of My Lifetime."
In the end, Scott made a decision on his own terms to forgo further dialysis treatments. He passed 10 days later.

Scott was born July 6, 1965, near Utica, New York. He graduated from Clinton Central High School in Clinton, New York, and enlisted in the U.S. Army, where he was stationed in Hawaii. After military service he attended Syracuse University, graduating in 1989 with a degree in Communications and Political Science.

Scott was first drawn to political action at Syracuse. He was at that point a Reagan supporter. In Scott's words, "The writings of El Salvador's slain archbishop Oscar Romero and the on-campus South Africa divestment movement converted him to an activist for Peace and Justice."

Scott learned well. Personal sacrifice was his weapon against injustice. Whether it was climbing over the White House fence to draw attention to U.S. military aggression, only to be arrested, or arriving hours before an organizing event to help set up seating and staging apparatus for the event speakers, Scott saw sacrificing himself as an obligation in an unjust world. In the mode of Berrigan and the others.

Scott was the co-founder of Truthout, both ideologically and in terms of his selfless labors. He worked tirelessly to get the organization off the ground before there was any funding at all. His vision for what the publication would stand for became a critical component of the DNA of Truthout and later Reader Supported News (RSN).

Scott's journalism career was put on an abrupt albeit relatively brief hold in 2002, after he was arrested for trespassing at a demonstration at Vandenberg Air Force Base. He served six months in federal detention in Los Angeles, along with five co-defendants, for walking onto the Vandenberg grounds and painting peace slogans on a structure in a secure area.

2004 saw Scott, Marc Ash, and a full Truthout crew at the Republican National Convention in New York City. Navigating the maze of security and political personnel was a special challenge. Scott was a key player in engineering coverage of the event under difficult and often dangerous conditions.

In 2005, Scott was Truthout's eyes, ears, and presence at Camp Casey. Camp Casey was an early Occupy-style demonstration organized by Cindy Sheehan, the mother of U.S. Army Specialist Casey Sheehan, killed in action in Iraq on April 4, 2004. It was one of the longest lasting and best-noted demonstrations of the Iraq war. Scott's reporting did much to propel public awareness of the demonstration's message and mission.

After joining RSN in 2010, Scott re-established himself as a movement-building force. On scores of issues affecting everyday people, Scott was the first to see the threat and act on it, the first to see an opportunity and urge the organization to put our efforts behind it.

Scott, longtime RSN contributor and Civil Rights attorney Bill Simpich, and courtroom sketch artist Kay Rudin teamed up in 2013 to cover the landmark trial of Army Private and whistleblower Bradley (Chelsea) Manning. At one juncture Bill Simpich, on behalf of RSN, filed a "Media Access Motion" to compel improved access for members of the media to cover a very restrictive environment. Ultimately the motion was denied, but access did improve.

Scott understood early that the 2016 Bernie Sanders campaign for President would be a force. He made close contact and coverage of the campaign a central focus. True to form, Scott became a fixture on the Sanders campaign trail.

It was Scott who saw right from the beginning that the Dakota Access Pipeline resistance would be a lightning rod for Progressive organizing and motivated our action on the issue.
Scott's final issue before his death was single payer healthcare. Healthcare for every American. On par with all economically developed countries in the world. Scott did not live to see it in his lifetime. But what he did see was that the potential is real.

As our colleague, friend, and contributor Bill Simpich said, "Scott, Rest in Power."

To send flowers or a remembrance gift to the family of Scott Galindez, please visit our Tribute Store.